RAMDAYS has been regularly entrusted by its clients from the disciplines of banking as well as leasing to structure lending transactions that have been of large amounts in local currency as well as in foreign denominations. We have so far conducted several hundred such conventional & non-conventional transactions facilitating creation and securitisation of debt. The same have been either single window or through participation agreements.

We have also been the pioneers in structuring and creating mortgage documentation and policies for some banks besides being the only law-firm so far in the north of the country that has crafted tailor-made solutions for various lenders in facilitation of large-scale housing scheme projects like DHA – Islamabad, Lake City Housing Project, Bahria Town Lahore, Faazaia Housing Schemes – Islamabad & Lahore, Kohinoor City and Etihad Town.

We regularly help our clientele in assisting, negotiations, drafting and execution of commercial & non-commercial contracts. We assist real estate acquirers and owners for drafting documents, title management, third party sales and regulatory structures. We have had the privilege of assisting clients in the power, telecommunications and also oil & gas exploration sectors with their joint venture agreements, contract negotiations, securitisation of investments & obligations, execution of investments & commercial arrangements. We help our local and multinational corporates with acquisitions, mergers, demergers, public listings, share or asset purchase agreements, shareholders rights with remedies, opinions on regulatory structures and court approvals. Mr. Mustafa Ramday has worked for the World Bank on assignments of legislative drafting & consulting. He has also advised the Government of Punjab on various issues of provincial, national and international importance. He drafted many statutes for the provincial legislature while officiating as the Advocate General. Mr. Ramday has had the pleasure of rendering several dozen opinions to the then proactive provincial government. Mr. Khalil Ramday, in his thirteen years of rendering services to the province of Punjab was recognised by the courts and the government as the most stellar law officer while rendering legal advice on legislative matters and also drafting opinions for the governmental ministries. Our partner Mr. Yawar Ali Khan has advised and assisted provincial and federal governments on non contentious matters covering wide spectrum while serving as the law officer in the office of the Advocate General for Punjab and, thereafter, as the Deputy Attorney General for Pakistan.

The other area where we happen to be, perhaps the only law firm, is in conducting legal and quasi-financial audits for banking companies and other corporates. We have been retained by incoming shareholders/owners and management to review past transactions and practices of the previously conducted terms of trade. We have also been retained by interested stakeholders in conducting due diligence for taking over financial and non-financial organisations from within and outside Pakistan. The success of joint venture agreements, shareholders agreements and formation of companies for national and international businesses conducted by us vouchsafes for our client commitment and experience.

RAMDAYS has advised all major financial institutions/banks as well as other private parties with respect to extension of mortgage, finance facilities for the purposes of purchase of property, business, finances etc. The number of transactions drafted are in hundreds.

We have a dedicated and centralized due diligence and support team for a variety of property projects/land related transactions. We provide key areas of advice and services which include:

RAMDAYS has advised as well as rendered professional legal counsel, with respect to the regulatory, legal, compliance and contractual matters, including but not limited to drafting of pre-transaction opinions, pre and post merger documents, due diligence, negotiations and, thereafter, execution of agreements, undertakings, regulatory affairs, etc. to process and execute various large scale and smaller scale mergers and acquisitions. Furthermore, the legal team at RAMDAYS is also adept at advising and assisting in post-acquisition legal audits.

Ramdays^ is admittedly a pioneer in the disciplines of corporate law, commercial litigation and most significantly in the field of rendering quality services based on trust and deliverance for all important Embassies, assisting them in finalizing their decision-making process with respect to the induction of new citizens, given the sensitive geo-political situation in the world. And, since having been approached at first in the year 1998 by the Embassy of the Kingdom of Netherlands, we have been conducting in-depth and detailed investigation to inquire into the status and genuineness of the applications that are submitted to the respective Embassies by Applicants seeking family reunion visas or citizenship. We have over the last twenty-five years conducted a large number of cases successfully, based on trust reposed in us by various Embassies that include the Embassy of the Kingdom of the Netherlands, Embassy of the Federal Republic of Germany, Embassy of Italy, Embassy of Spain, Embassy of Greece among others, in Islamabad.

While dealing with family reunion cases, we verify and confirm documents that include the Nikah Namas, Divorce Certificates, Death Certificates, parentage of sponsored children through Birth Certificates, School Certificates, Family Registration Certificates, Medical Fitness Certificates, Police Character Certificates, etc. In order to gather any further information regarding the Applicants which may help us in ascertaining the authenticity and genuineness of the applicants, we also conduct social investigations of the sponsored applicants by personally visiting the applicants at their residence, along with meeting and interviewing their neighbors. Over the years, we have come to value the importance of the Social Investigation process, which has helped us riddle out false identities, false parentage and false declarations on documents submitted for verification purposes.

A team of fully dedicated investigators, with decades of field experience, as well as qualified lawyers conduct the brief of the exercise, as submitted hereinabove. We feel proud to state that the honesty and integrity of our investigators who work under close guidance and supervision of the undersigned remains un-disputed; elements that you shall appreciate are crucial and indispensable to the sensitive nature of the assignment entrusted to us, deposing complete trust and confidence.

RAMDAYS has considerable experience in successfully advising and assisting governments, public sector authorities, private companies and other stakeholders on a wide range of corporate structuring, acquisition, commercial gains and procurements.

The scope of services offered by RAMDAYS for assignments of this nature includes Pre Transaction Discussions, Opinions and Due Diligence; Contract Negotiations and Meetings; Drafting of Agreements, Undertakings, Power of Attorneys, Bonds and Guarantees; Regulatory Petitions and Approvals; and any other ancillary work relating to the transaction. 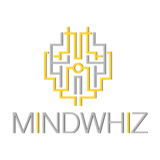